The school was known as Swansea Municipal Secondary School and the Headmaster was Mr W A Beanland. In this picture from the annals of the Swansea Schools’ Association Football League of one of the school’s junior teams, John (Jack) T Nicholas (born 26.11.1910) is seated at the far left of the front row. He won a Wales U14 cap in the following season. 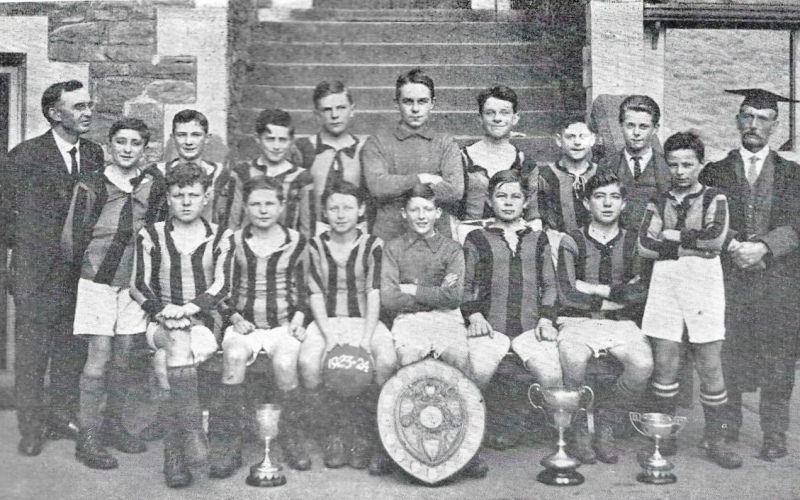 The boys shown in the picture above are referred to in the school magazine of June 1924 (Vol 39):

The Junior Soccer Team of the school has this year won all the four Swansea Trophies: The Trevor Evans Cup the Lennard Cup, The Hospital Cup, the Martin Shield; the school corridor has never before looked so resplendent with Cups and Shields (p. 62).

Photograph supplied by Mr A. Smith

The photograph below is therefore identified as one of the first year classes.  Can you confirm this or name individuals? 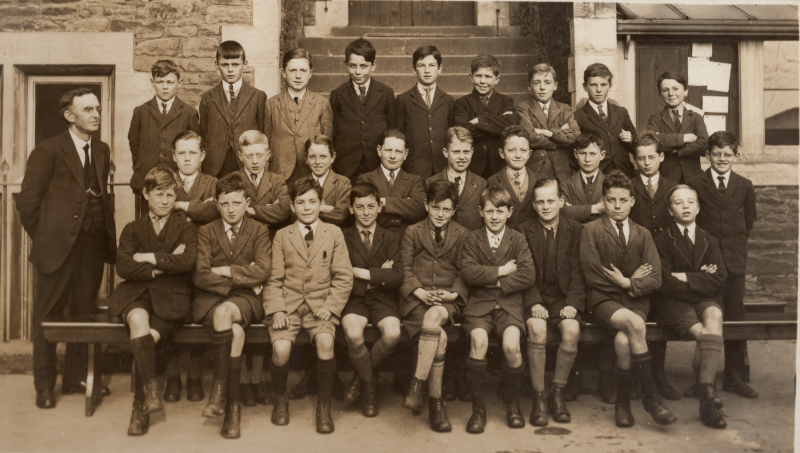