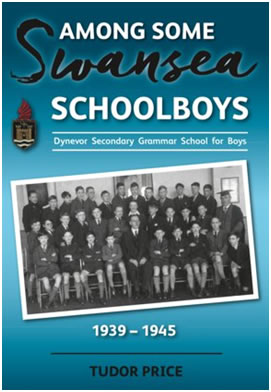 “This tribute serves not only to remind us of the sacrifice made by so many, often very young Swansea servicemen, all with lives to lead and ambition to fulfil, but also of the valuable contribution made by uniformed school and pupil organisations towards the same goal. The relationship with the RAF Volunteer Reserve is carefully described alongside broader research including the evacuation of children from Swansea in 1941. Teachers, officials, parents and pupils set to and coped with the aftermath of bomb damage to schools and other services, ensuring that ‘learning’ continued. As in earlier work the author relies upon local records and archived documents, but also upon interviews and recorded histories of those of the time. Their story and the impact of the war upon Dynevor and other central Secondary Schools in Swansea is told here. (Published on a not for profit basis.)