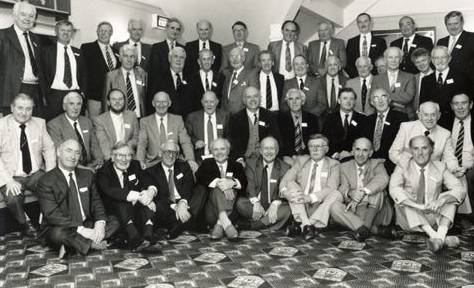 At the bottom of the caption it says:- “Spencer Jenkins and Ellis Emmanuel had to leave prior to the photograph.” As an addendum Terry Shorrocks has added:- At least 16 at this gathering are alas, no longer with us. I hope this helps. I think Terry would appreciate all the commentary added.